Today has largely been a good day.  It's the end of the day, the kids have eaten and are in their bedroom finishing off their quiet time.  Their hair is freshly washed and shiny, and house feels warm when wearing a jumper.  I'm settling down to try to pick out my best 6-7 images of the Famous Pony, Black Caviar....  6 or 7?  Goodness....  I've taken so many images of this wonderful, wonderful Pony.  To narrow it down to 6.................  no pressure.  I've actually never been good at the narrowing it down process.  I was getting some help with this sort of process, because narrowing down your images is a selective art, and one that I wasn't naturally good at, especially with my favourite horses.  With help I was getting better at it.  And now?  Well, I don't know, because right now some things are a complete mystery to me.

So to help me settle and try to gather my thoughts, and prepare to really pull out my best images, I will sit quietly for 10 minutes, and write and tell you of my day today.  I have the Fellowship of the Ring DVD on in the background.  I like watching the scenes at Hobbiton, which was filmed just outside of Matamata in New Zealand's North Island.  Fenella and I went to Hobbiton.  We stood in Bag End and under the big tree, in the pouring rain, during my one and only trip overseas, to New Zealand.

Monday morning in Canberra dawned cold and foggy.  I had my usual confused sleep, mixed in with a creamy kitty sleeping on my arm which sends it to sleep.  I'm not actually sure whether he helps me sleep, or hinders my sleep.  Speaking of the devil, Maxie now crawls onto my lap at my computer, and sits purring loudly on my very extra soft fleecy jumper.  Yes, I like my fleecy jumpers to be ever so soft, and ever so light.  He likes them too.  He sits quietly on my lap, a little creamy bundle, with a noisy purr.  I love having a cat again.  I truly love it.  I love that his purr is noisy and that he seeks out my lap.

After dropping the kids at school, I went straight to Forest Park for my jumping lesson.  I just love them.  They are doing wonders for my riding and my confidence, and goodness only knows that these two qualities are good to have!  I entered Snips' stable to find him saddled and ready. He turned his head to me and his eyes softened in recognitions.  He knows me now, and I was pleased to see him, and we had a little cuddle.  He is affectionate, and he now seeks out the affection and the kisses.  Did you know that horses like soft and gentle kisses on their eyelids?   Are the eyelids a nice place to be kissed?  I think they must be, because horses like it too.  I kiss Freelance on her eyelids, and she closes her eyes and leans into me when I do it.  She will almost fall asleep, with the weight of her head in my arms, before I put her bridle on like this.  She reminded me of her habit of doing it just before I get on her today too.  The Famous Pony Nelly does it with now as well.  And now Snips.  I took Snips' headstall off, and lead him out, and onto the mounting block (I've already discovered that this horse, at 16.2 hands high, is too big for me to get onto, I am only tiny), and got on.

We did better today.  Not perfect, but better.  He wasn't as fresh, and Grant had popped him on the lunge before the lesson which was good, because he wasn't bursting out of his skin and charging off on me like last Monday.  Our canter was better and I am getting better at controlling him throuhg my seat, but he's still leaning on my hands and I need to still strengthen up my half halts to have him carrying himself.  But we were better today.  He was still fresh and wanting to charge in and this was a bit of a problem, because he was rushing at the trot poles and tripped over the canter pole.  He got cranky at this, and had a little back, but again, I'm far more secure and didn't move in the saddle this time and I just laughed at him.  And Grant said 'he should look where he's going'.  We progressed to the trot pole, then jump, then 3 strides in  the canter over the next pole combination quite well, then Grant had me jumping a double.  After a few times, just quietly, he raised the 2nd jump in the combination, which cause me to think 'oh christ, that's big!' as I approached, but dutifully put my legs on him and asked him to jump it and he's brave and honest and Grant said we were super.  We had a little bit more trouble on that peskyright rein, and one the first attempt at the double, he was trying to charge off on me, and so I was riding too quietly into the first jump, which made him hesitate, then because he's brave and our stride was off, he did a huge leap over it.  I didn't lose my seat though, and when I rode it stronger and more positively the next time we jumped it much better.  But again, the 2nd jump was bigger and wider, and I think that's ok.  I still worry that we'll crash as we fly towards the end of the indoor arena after the 2nd jump, but I'm getting stronger through the seat and better at bringing him underneath me and getting the collected canter back before the canter.  We were tired and Grant called it quits at that point.  I unsaddled him, and put his rugs on, and gave him the carrots I brought along for him.  I find myself getting stupidly fond of him.  It's a bad habit of mine....

Later in the day I met up with a friend.  It's been 1 year since we met and I like that he remembered the day we met and was keen to meet.  We had lots to talk about, and he's got some great suggestions and contacts for future work, and work and making a living is all important for us, and I have some work to do on that front, and it was a lovely catch up.

After school Jessica wanted to ride Freelance again.  Heath said he didn't, and refused to put anything sensible on, and for some reason his boots aren't here either.  We were late leaving though, because utterly bloody Telstra, after mucking up my account and overcharging me wildly, then didn't put the proper ok through on the fixing up of the account, and then because it was 2 days overdue, they essentially cut my mobile phone off, so there was a cranky phone call to make which made us late.  But we threw a saddle on Freelance and arrived to a freshly ploughed arena (which made Freelance spook and carry on, and she's not used to working under lights with shadows either).  I lunged the mare, and then rode her, so for me it's been a great riding day (and I'm feeling the muscles through my core and upper body and stomach) because I've ridden 2 horses today.  She worked well, if a bit spooky and jumping at shadows.  Jessica was jumping up and down in impatience, and it was getting cold, so I jumped off and put the lunge gear back on and she jumped up.  She rode beautifully, and Freelance was wonderful for her and didn't blink at the shadows she'd been spooking at with me on board.  Heath then said he wanted to get on.  Jessica tried to chastise him for having the wrong riding gear on, but I will never discourage him from getting on.  He was cold and stiff though, and having trouble without his boots and proper pants.  But he still trotted well although possibly with slightly less balance than on Saturday, and poor Freelance was looking tired and asking me if she could finish.

Yes, I realise that my Blog has more to do with riding than photographs at the moment, but in all honesty, because it's my quiet time, I'm sure that riding tales are far more interesting than bookwork tales, which I'm sure will bore you stupid just as effectively as it bores me stupid.  And now I will put my kettle - err....  saucepan I say guiltily, although you will be pleased to know that I haven't turned it or its lid black again yet - and make a cup of tea.

And I will try my best to come up with my 6-7 best images of that Famous Pony, who is the one, and only, my love my darling, the great Black Caviar.  I'm working on the most fabulous book, with the most fabulous of people and writers, with the most wonderful group of editors you could hope for.  This book will be special.  I like to hope my friends and family will buy it and treasure it.  Forever..

Is 1.30am a stupid time to stay up until working and pulling images together, with my mind racing as I do it?  It absolutely is, but sometimes, I just have to let my mind work the way my mind wants to work.  Did I narrow it down to 6 or 7???   Nooooooooooooooooooooooooo...... 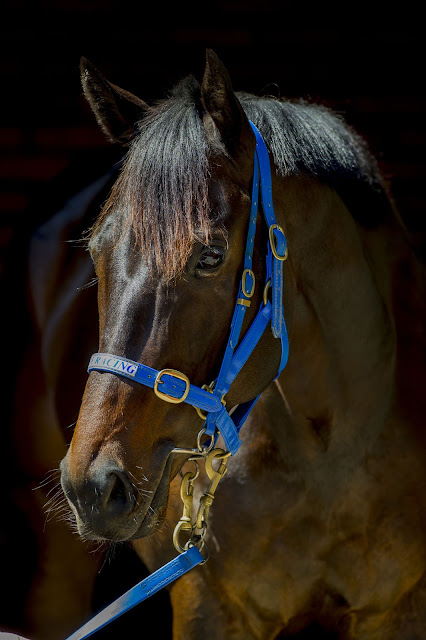 Posted by The Image Is Everything at 9:44 PM